In 2012, a Senator tree in Florida tragically burned and fell to the ground. This wasn’t just any old tree. It happened to be 3500 years old, declared by President Calvin Coolidge as a ‘National Historic Monument’, and a centerpiece of Big Tree Park in Longwood, Florida.

If you do the math, this bald cypress was just a sapling during Moses’ time. As he led the Israelites across the Red Sea, this tree was just gaining its roots.

Fortunately there was a silver lining. Artist Jeffrey Matter, known for his exquisite work, has helped breathe new life into this tree’s legacy.

From the moment the tree burned, Matter wondered what would be done with the rare wood. He didn’t have to wonder long as he soon became one of three of the artists commissioned by Seminole County to create museum pieces from the tree’s wood to honor its memory. In return, he and the others were compensated with some extra material for their own use.

As Matter began exploring the cypress wood, he immediately caught the sense of history literally ingrained into the specimen.

“You could feel the ancientness of wood,” Matter said, “and pairing an ancient game with such historic wood made perfect sense.”

However, he had to pick carefully through the wood to ensure he had a large enough piece to create the desired elements and contrast while avoiding waste.

Despite the tree’s 17 1/2-foot diameter and 120-foot height, the usable portions were quite limited. The outside wood was sap wood which is white, soft and prone to rot with exposure. Further in was the heart wood, which was little more than a one-inch layer of hardness. “That was so dense with pitch and sap, it made the entire process quite a challenge”, Matter said.

He finally finished the chess set – a work of art marrying the game of kings with the tree that has seen many a king’s day. 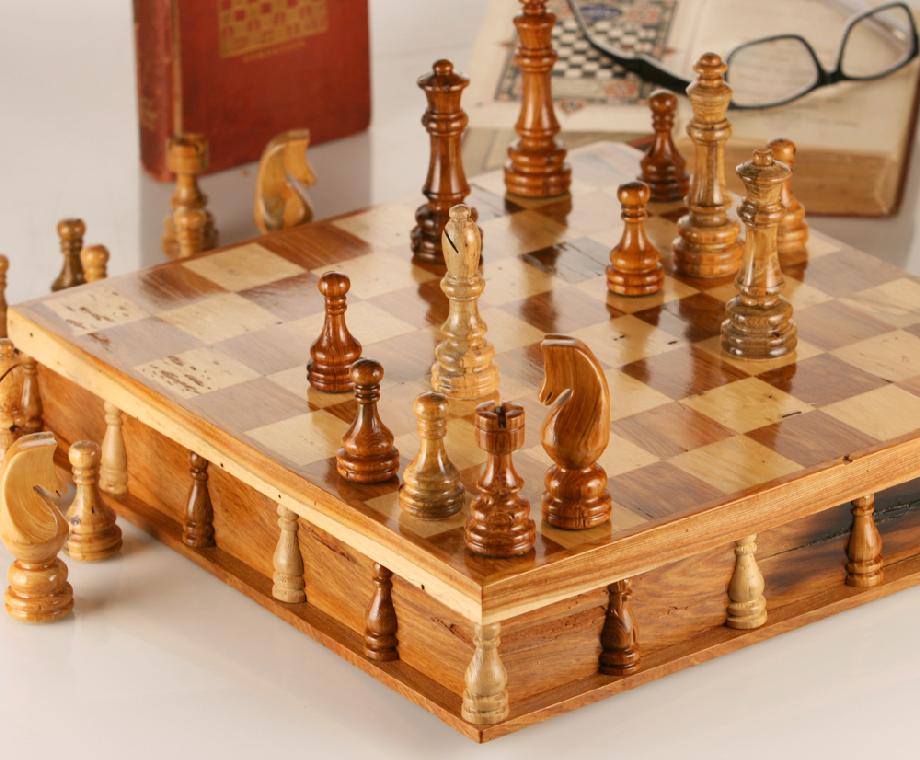 Matter’s creative process is almost always organic – allowing the character of the wood to “tell him” what it should be fashioned into. 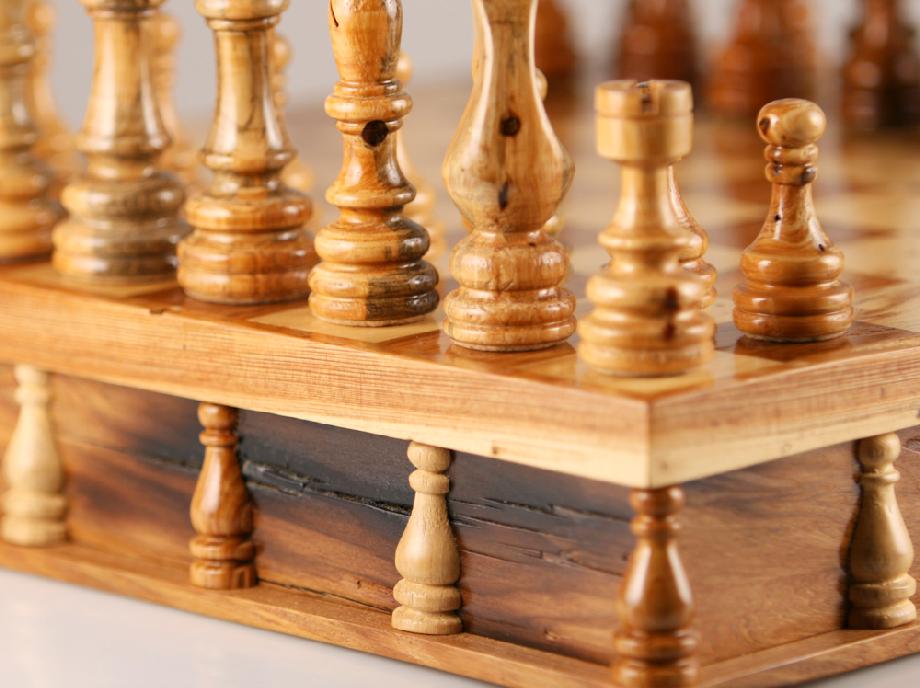 That ensured that the charred surfaces of the tree would play a major part in the art he created. 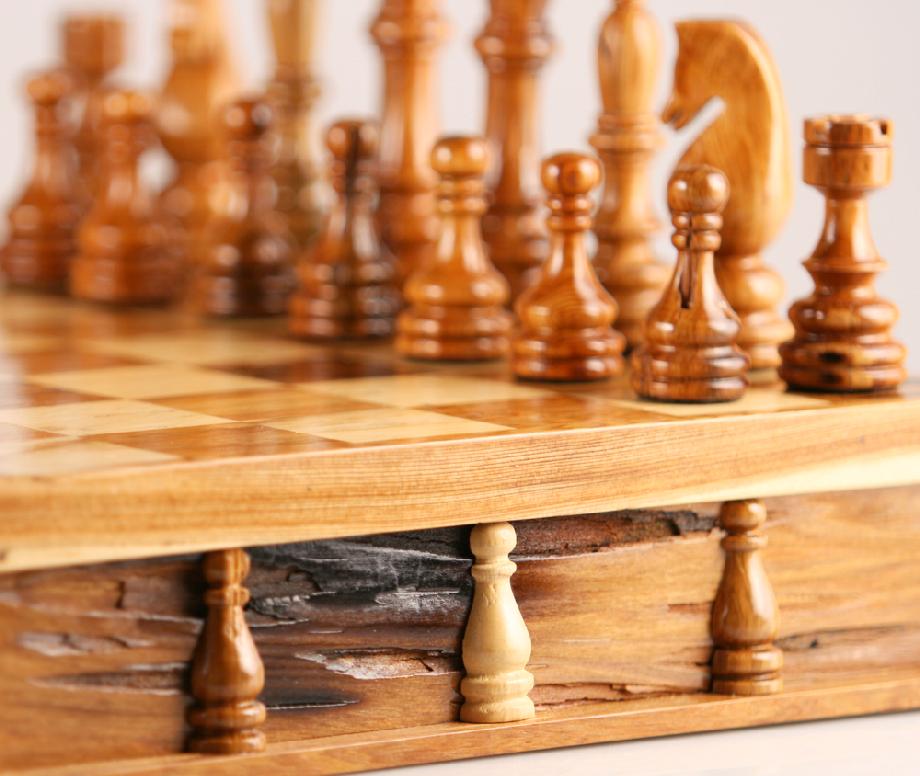 Some is visible on the raised side panels and even some of the board squares. 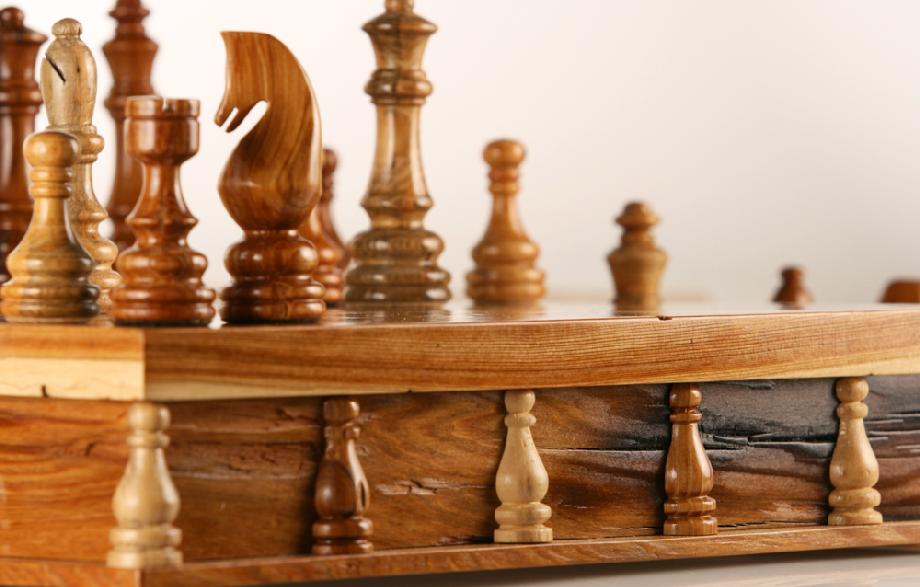 Side panels with faux pillars bring dimension and regality. 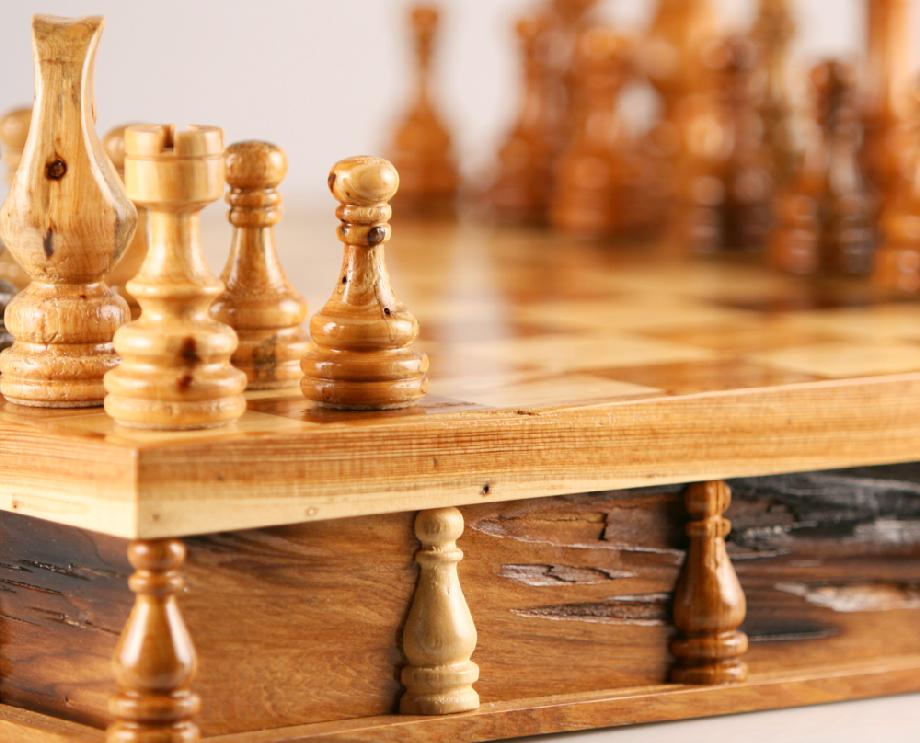 Each piece has its own story to tell. 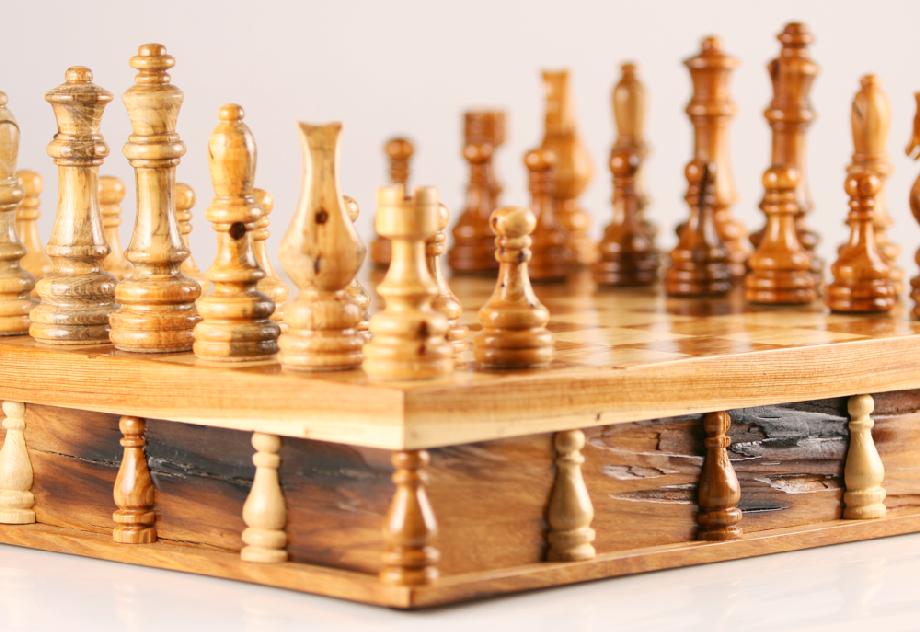 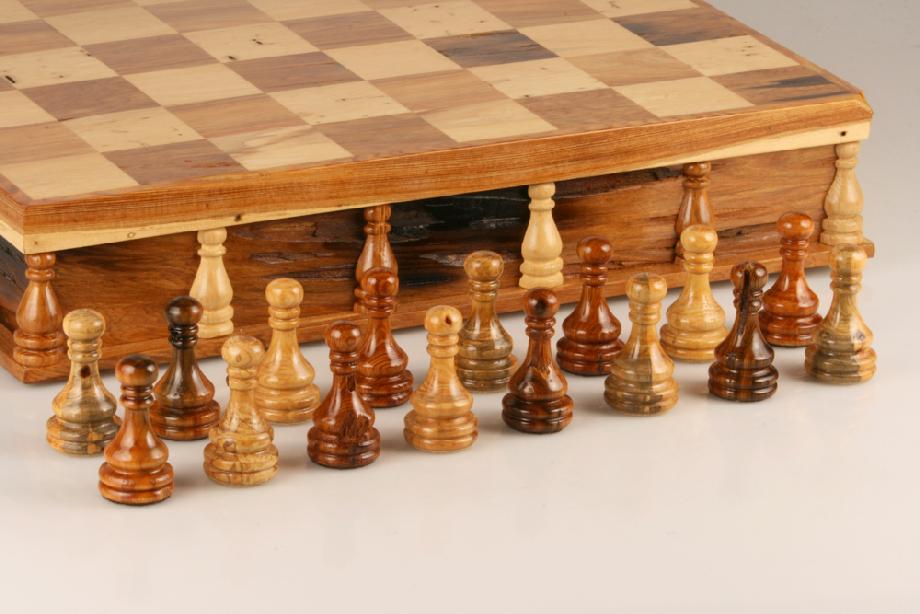 Take a close look at the pawns themselves above and below – simply turned. 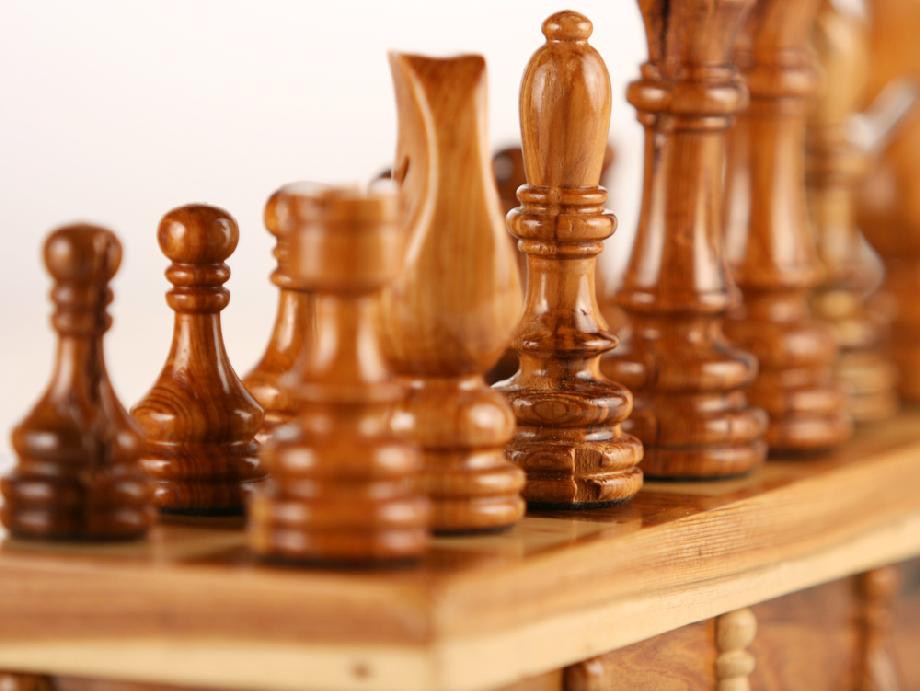 Ancientness, so evident from the size and character of the wood, is also represented well in the minuscule growth layers marbling the heartwood. 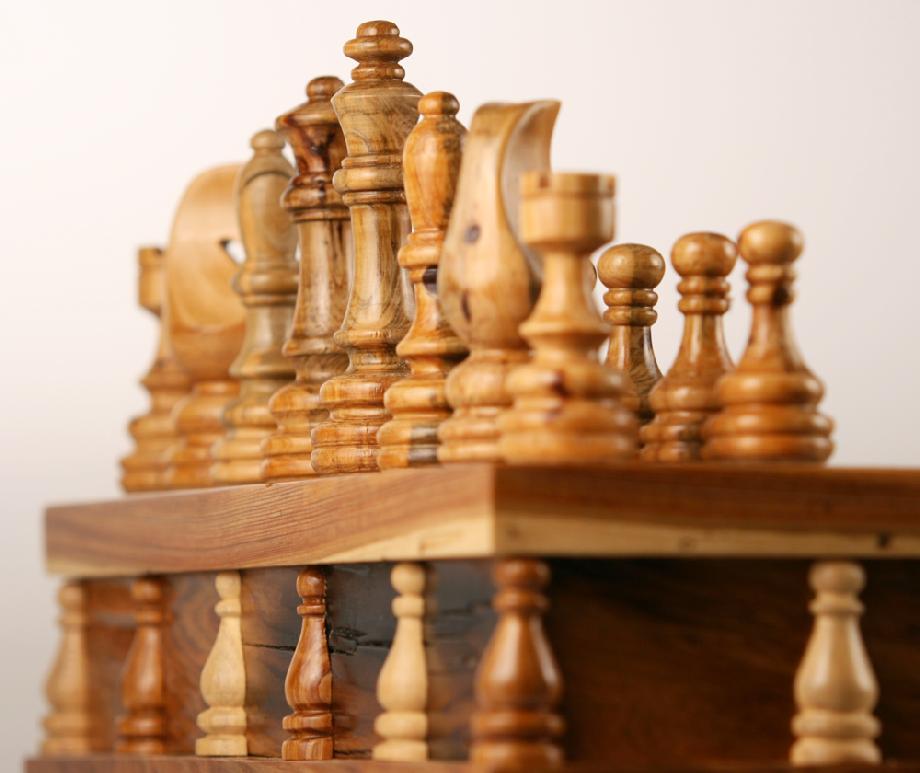 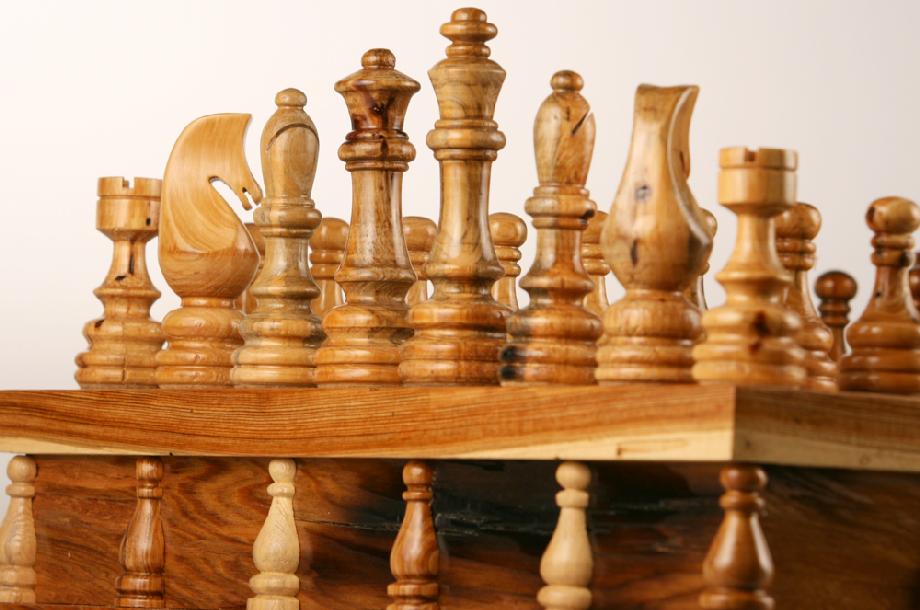 Look at the above photo from a distance. Does the bishop appear to out of line in front of the king? Well it is aligned with all the bank rank pieces. 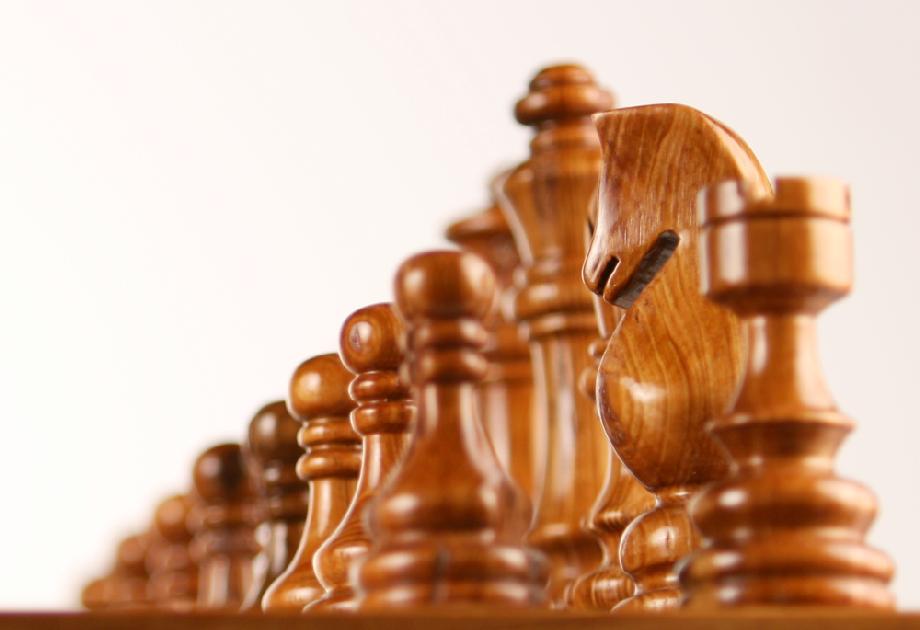 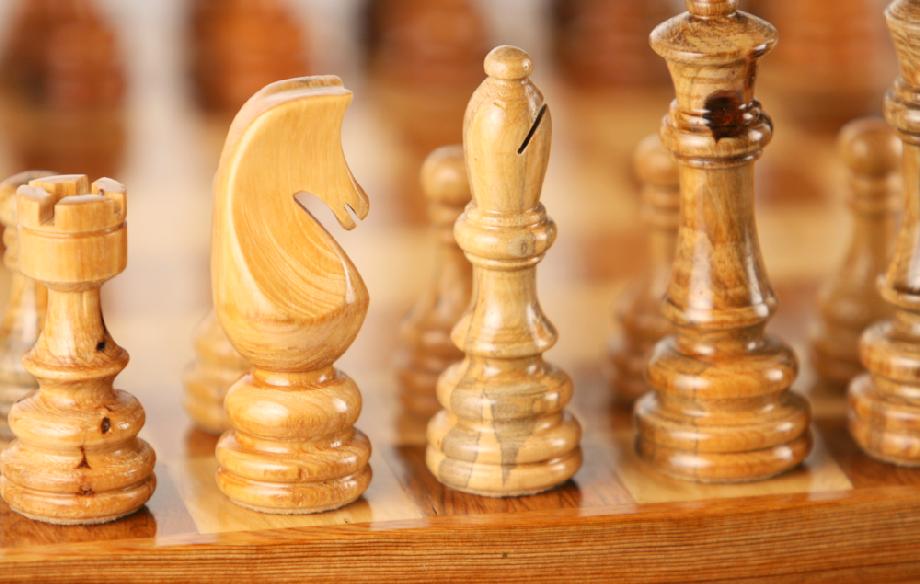 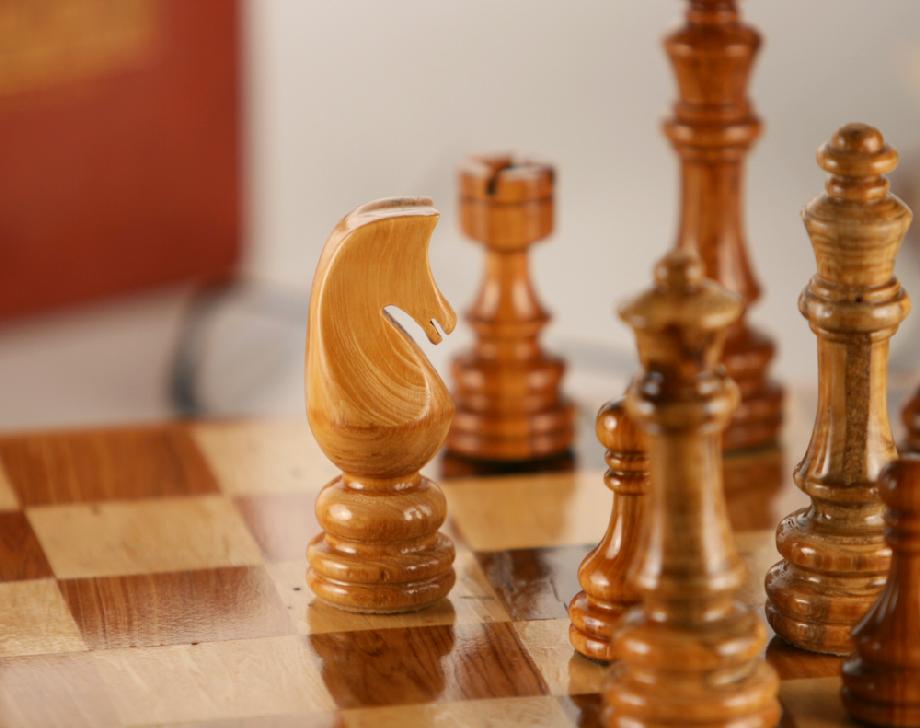 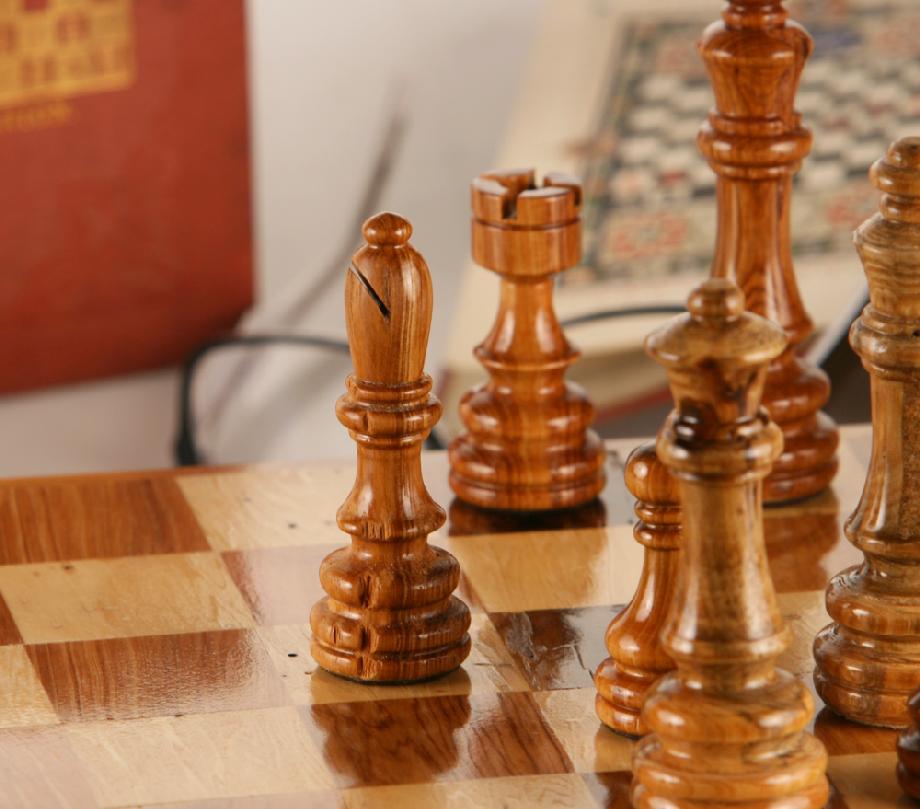 The layers are so fine in some places, a magnifier must be used to see them in detail. 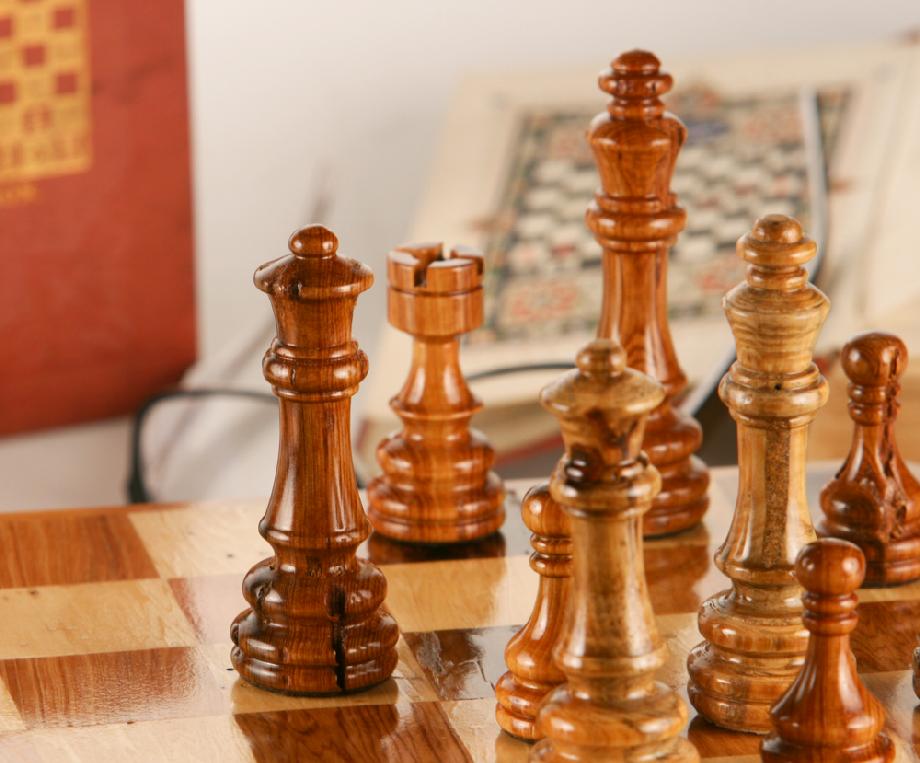 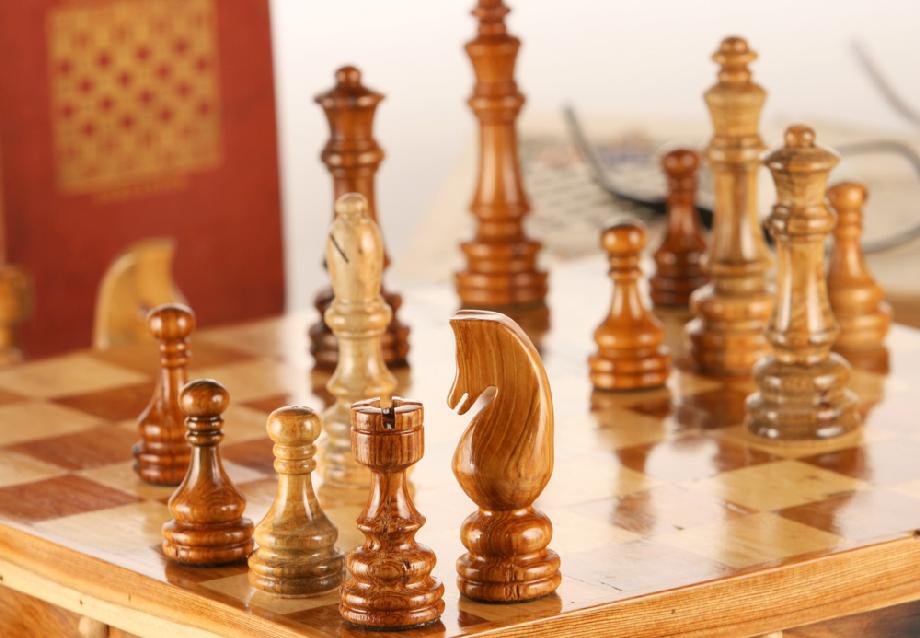 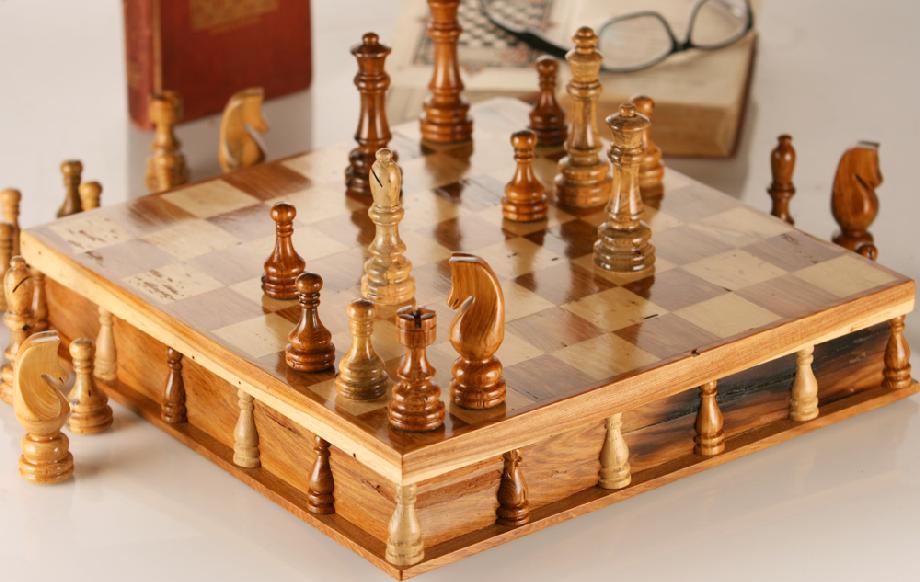 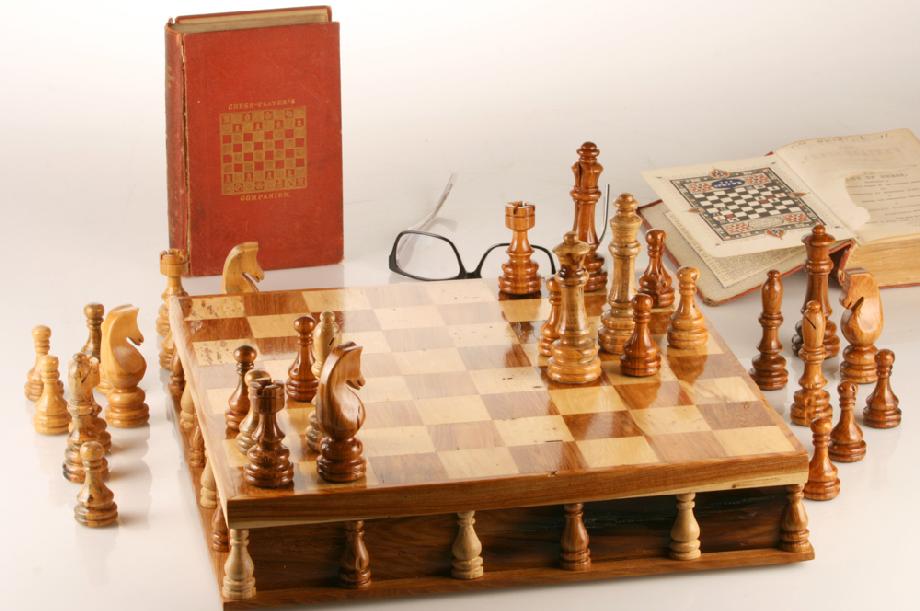 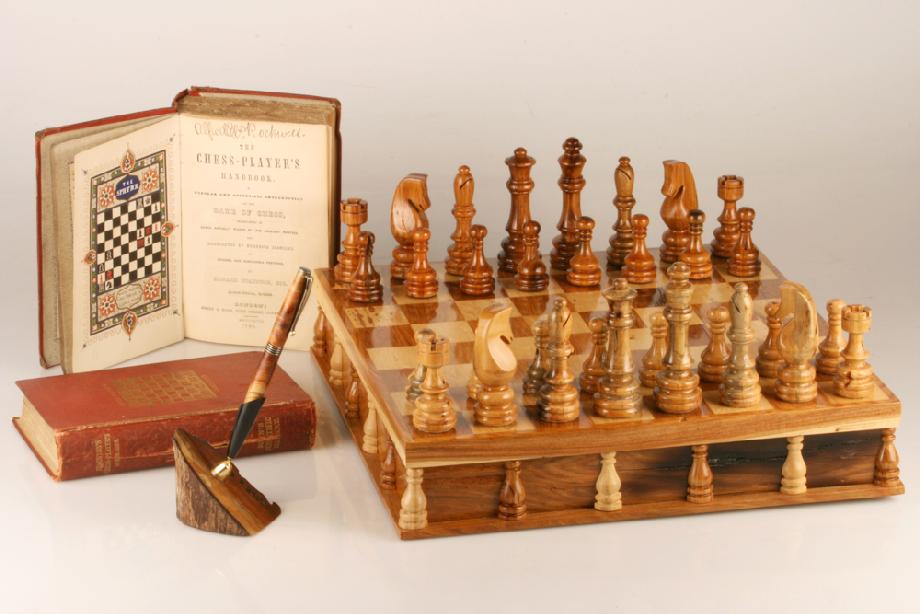 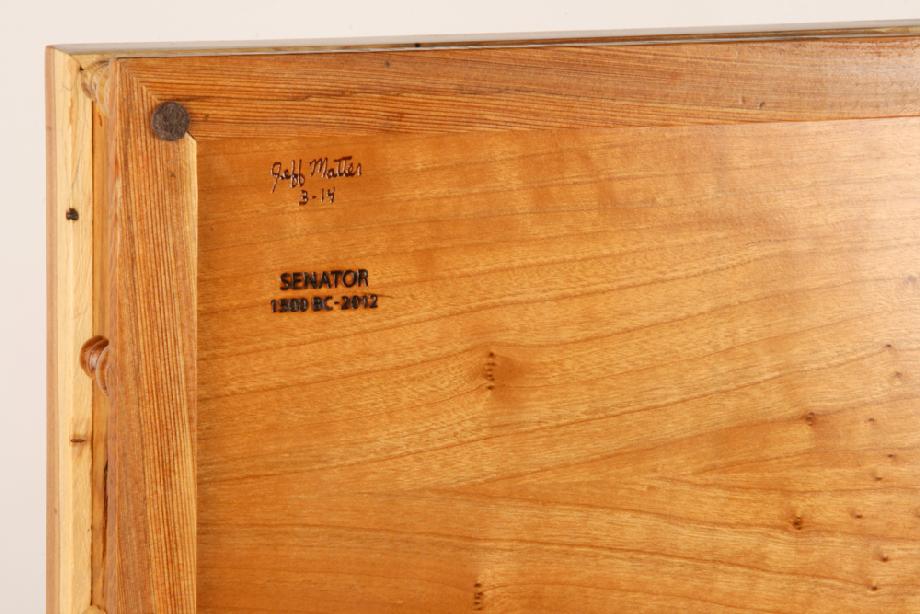 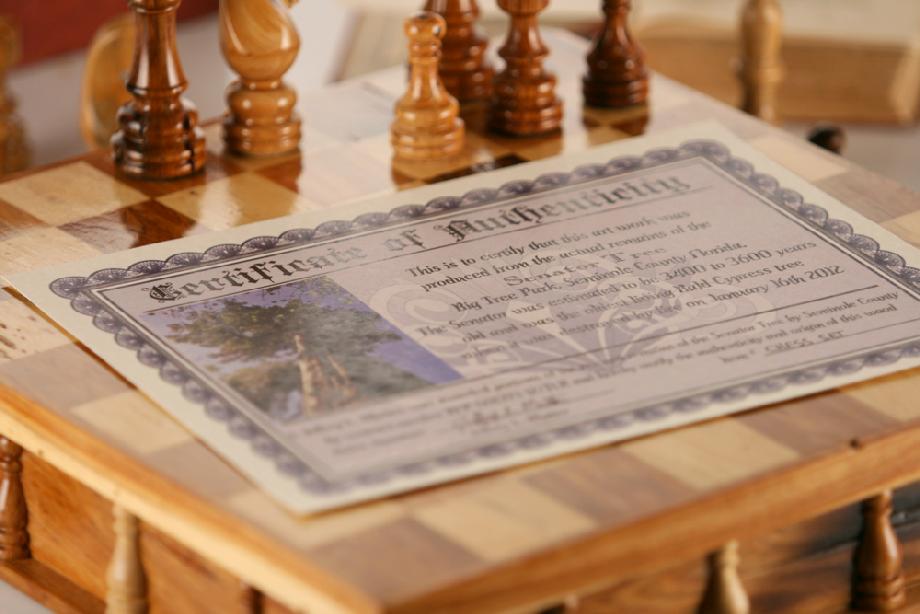 Update: For those who may be wondering, The Senator Tree Chess Set above is not for sale and is presented here for the fascination and enjoyment of those who love rare art and the world’s oldest board game.