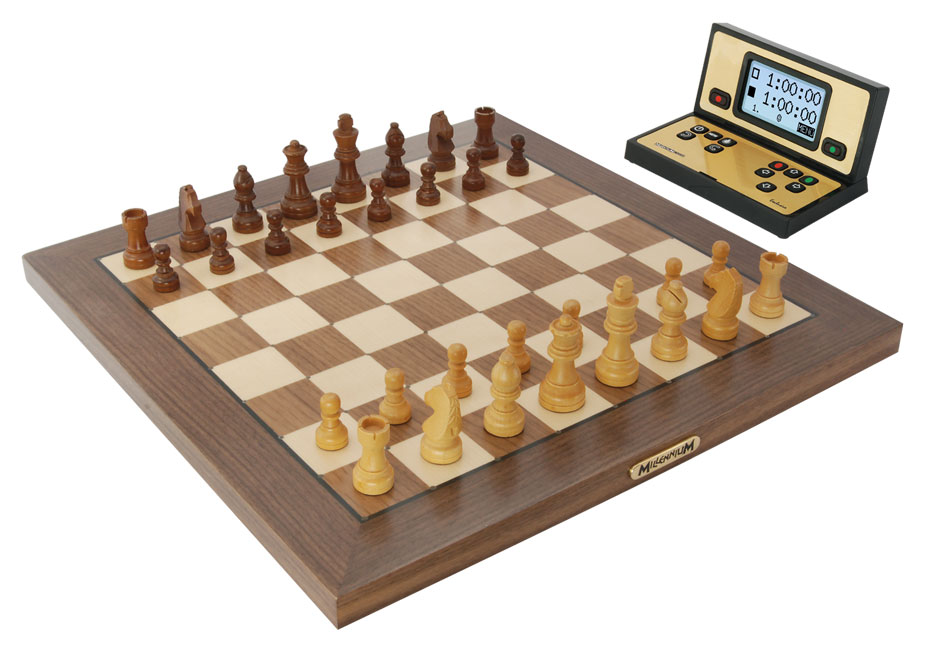 New in April 2017 and built with new technology, you will enjoy a beautiful chess set with intuitive play built in.

Every move played is ultra-clear with the 81-LED lighted board display. As you make your moves the location lights up. Same with the computer moves. You know instantly what moves it is playing and slide the piece to complete Exclusive’s move.

At 40 cm square, (15 3/4″) it’s large enough to be very easily playable and therefore also economically priced. With this conservative size you’ll have more choices about where you can play.

In case you missed it, the automatic piece detection, or auto-sensory move input makes for a very comfortable and fully automatic move input. Even better, the detection speed and reliability is reportedly exceptional. 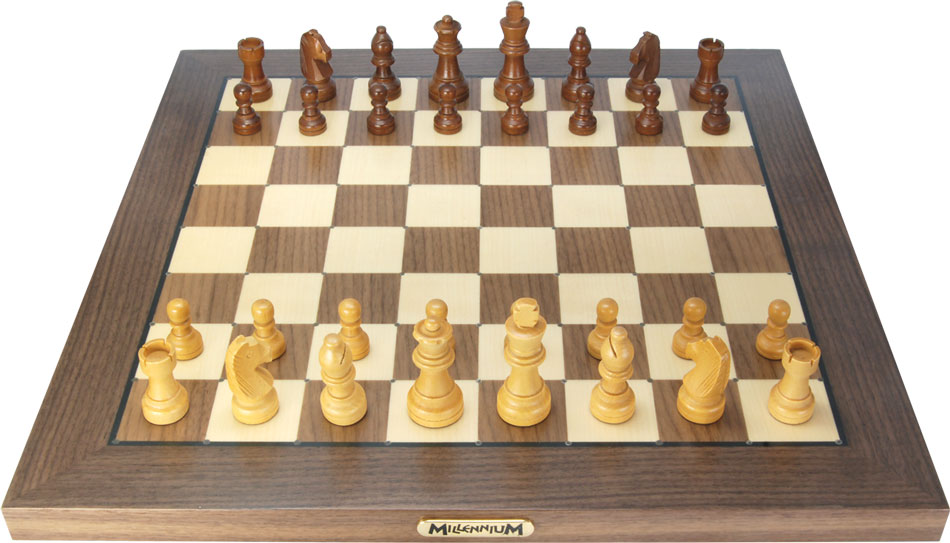 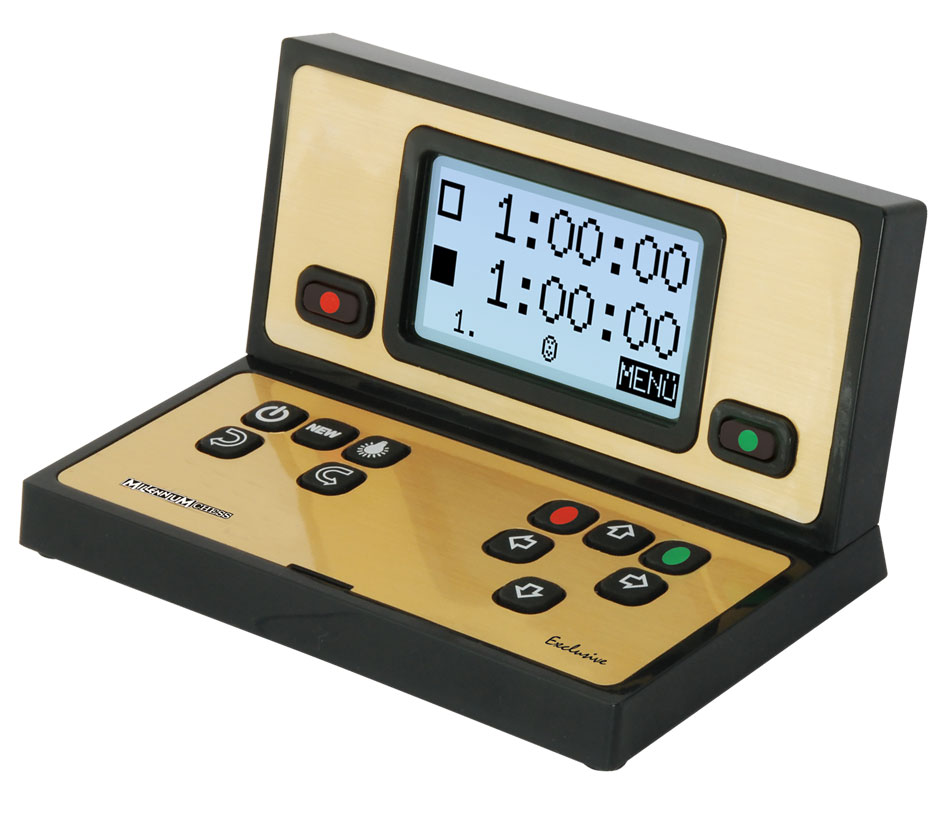 Exclusive’s smarts are located in a separate mini-box with a generous sized display for numerous things like the position, chess clocks, and plenty of settings. But remember, once you choose your favorite settings and playing level, looking at the display on the side is no longer needed during a game, because four LEDs flash brightly around each square for ease of focused chess play.

In my view, the ability to remain focused on the chessboard thanks to the LED style display helps with the overall experience to such a degree that every other feature of this electronic chess computer is pretty much icing on the cake. In fact, this degree of display functionality is today only found in the DGT Revelation Chess Computer, which is not only the most remarkable electronic chess device purchasable, it’s also the most expensive at 5x the price of the Exclusive.

With a reliable cable connection between the electroni chess computer board and the Exclusive’s intelligence, it’s possible to update the module further with an integrated USB interface.

For the technically inclined, it’s built on an ARM Cortex M7 processor with 300 Mhz and a significant flash and RAM memory to power the board.

According to Thomas Karkosch, managing director of MILLENNIUM, this new high-end device will go on sale in March or April at the latest for a price of EUR 599.00.

He says that “the new Chess Genius Exclusive is one of the most complex products that we have ever tackled in the history of our company. It is a real joy to test the prototypes – the functionality is simply fantastic.”

Initial rating estimates place Exclusive at a tournament strength of between 2350 and 2400 ELO, which even surpasses the performance level of the legendary Mephisto world champion computers. Thanks to the new development from Munich, these chess computers have finally found their worthy successor – very much to the joy of chess computer enthusiasts all over the world.

I’ve personally used over 50 types of chess computers over the past couple decades. This one excites me the most because it appears to be bringing SO many of the features people are requesting (except vocals) into an affordable, luxurious chess playing computer you can be proud to own and show off in your home.

Great job, Millennium, on this chess computer and I can’t wait to hear from owners what they think of it once it in the hands of enthusiasts and first time chess computer owners.

3/2 Opinion: It would be nice to see this machine play engines in addition Chess Genius by Lang. Exploring this possibility.