Raydell Lacey’s chess club Chess Moves Against Violence is just the beginning of strategic action toward ending violence. A September 2016 chess tournament was the brainchild of Lacey, a chess parent who lost her grandson to senseless gun violence.

“My grandson, while on his way to a convenience store, riding in a car with his friends, was fatally shot and killed. This devastated our family and we are still dealing with the emotional repercussions of his death. This ended his young 19 year old life – for WHAT?

Recent events in Chicago put me in the mind of what a war zone must feel like. Witnessing these tragedies bring out feelings of fear, mistrust, frustration, anger, disappointment and shock. To live in this type of environment is unbelievably disconcerting as an adult. I can only imagine what feelings this evokes in a child.

After watching the news reports about some of the senseless murders in my community, I decided I could no longer sit idly by. I started reaching out to the families of victims. Through conversations the reigning theme was that no parent should have to bury their child.

When a child has to worry about violence when undertaking simple, ordinary things like walking to school and catching a bus, it is stealing the innocence of their childhood.

If you see poverty every day, it appears as if nobody cares. If there is no beauty around you, it appears that you’ve been forgotten.

While watching TV and movies, children see nice schools and clean neighbourhoods with grass and trees and clean streets and cage-free establishments and children ask themselves, why isn’t my own neighbourhood like that? Why don’t we have that?

Self-esteem is affected. Expectations of what they may become in life are lowered. Poverty creates resentment and despair. This is a precursor to violence in any community no matter race, color, or creed. We have to rebuild inside and out.”

Raydell started the organization Not Before My Parents in 2012. “The idea for the chess tournament came to me to get the community to brainstorm in a strategic manner, as used by chess players, to promote an end to the violence.

It provides a positive distraction from all the violence that we’ve seen in the past several years, serving as an activity to promote healthy competition and motivate and introduce this sport to others who may not have otherwise considered it.”

Rather than violence, they sit down and work out their differences using strategic moves over the chess board.

“We want to initiate dialogue with youth who might be interested in participating in an ongoing activity such as this.

I found chess to be a great distractor for my son (in the wake of his son’s death) and increased his analytical and strategic skills which crossed over into his personality enhancing his decision-making skills. It’s also helped him with his coping skills surrounding the killing.

Raydell was not the only one thrilled by the success of the first chess tournament that combined many other fun games – games like potato sack races, simon says and such classic activities these kids had actually never experienced before. Youth and parents were asking, “when are you going to do this again??”

Special thanks to Mr. Bill Feldman for supporting, interviewing and helping sponsor and direct the event. Thanks also to the Illinois Chess Association for helping publish the original article by Mr. Bill Feldman. Mr. Feldman has his own chess club Dekalb Chess

We are thankful for Ms. Raydell Lacey’s gratefulness and optimistic spirit. She shared with Chess House, “Thank you for sharing this experience with Chess Moves Against Violence.  I am grateful to you for your generous donation, as well as your humble spirit and genuine concern for the on goings-on in our community. Thank you for the kind words of encouragement you provided us here at Not Before My Parents. I appreciate you more than you know. The idea of you believing in our organization was so inspiring and very motivating, both to me and my team.” 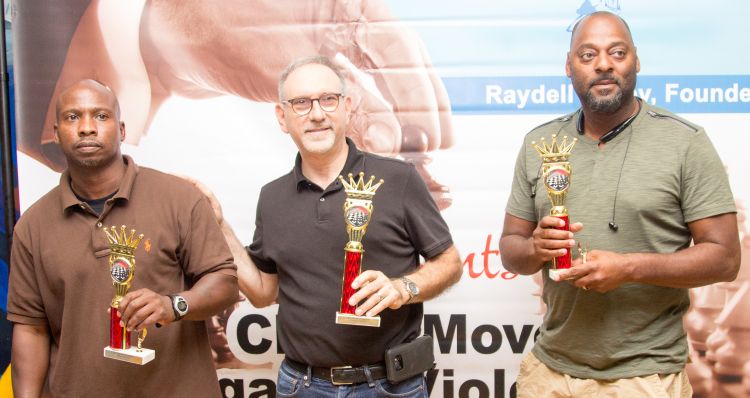 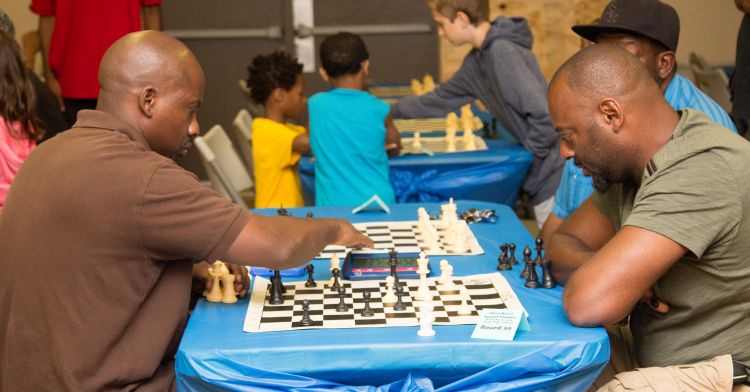