by Raphael | Art of Chess | 0 comments 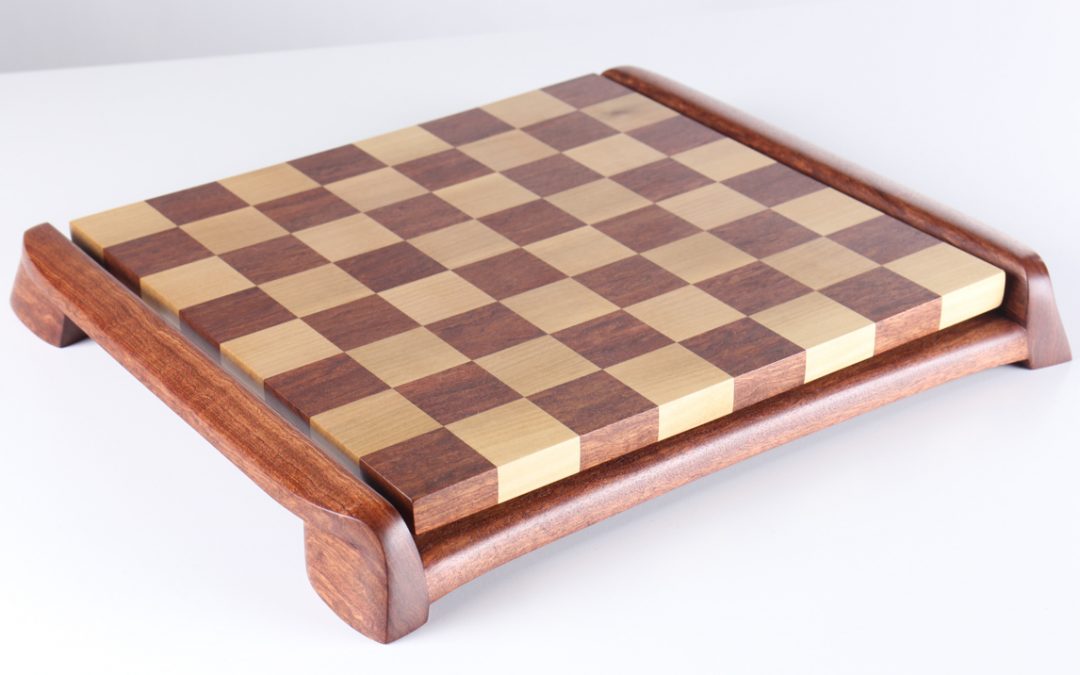 As someone who has seen many chess board designs over the years and designed some myself, I was curious when Andrew stopped by with a bubinga chess board concept.

It appeared to me as quite original. Already a fan of the edgeless “minimal” boards like my own design, the STACK, I thought this unique bubinga chess board deserved a closer look!

What I noticed right away was the floating board – exactly Andrew’s goal.  I also liked the contours of the surrounding frame.

Like many others, Andrew has enjoyed the richness of Bubinga wood and found a supply. He eagerly grabbed the opportunity to craft it for chess – not only cribbage boards.

He chose Madrone as the wood to pair with his stash of lovely Bubinga, both for its color and availability here in the Northwest of the U.S.

Andrew says he created this chess board to learn – he wants to build experience and listen to what people have to say about it.

His current knowledge is mostly gained through his commitment to studying the art and by following a few accomplished wood working greats.

Who is your inspiration?

I asked Andrew who has inspired him.

His favorite is Sam Maloof. He says, “Sam’s work makes me really happy”. Of course, Andrew owns a few of his books. Maybe it’s no surprise that Andrew’s love of curves in wood working is seen in Sam Maloof’s work.  Sam creates some of the most stunning furniture in America and is most known for his rocking chairs!

Andrew is also a fan of James Krenov of Siberia who was born in 1920. Krenov radically influenced serious woodworking philosophy, continuing into the future following his passing in 2009.

About this piece shown in the photos, Andrew wants to read comments from those who discover and read this article.

What do you like about this design? What would you change?

Andrew is following a passion with an attitude to learn. He says “Every aspect of the wood working process is special to me.“

His ultimate goal is that wood working will play a larger role in supporting his growing family as well.

We at Chess House want to provide some visibility for Andrew and hear what you think of Andrew’s work by sharing it here.

Please add your comments, critique, or encouragement. Do you like this chess board? 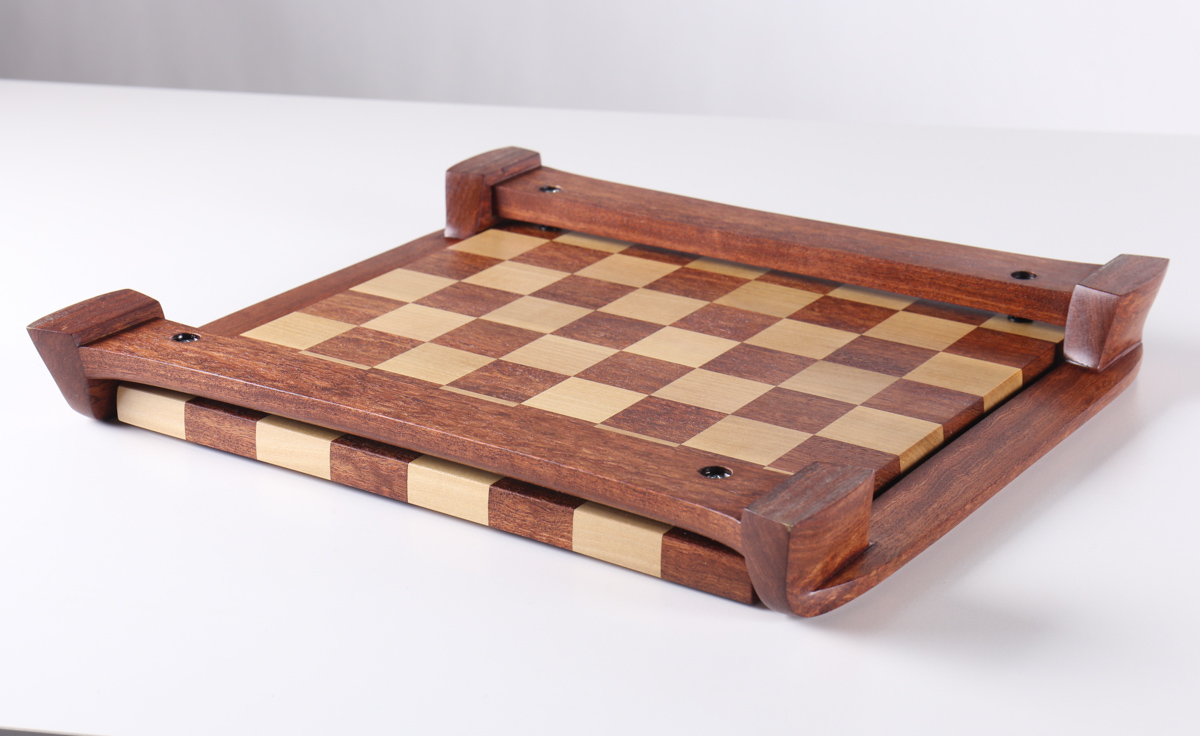 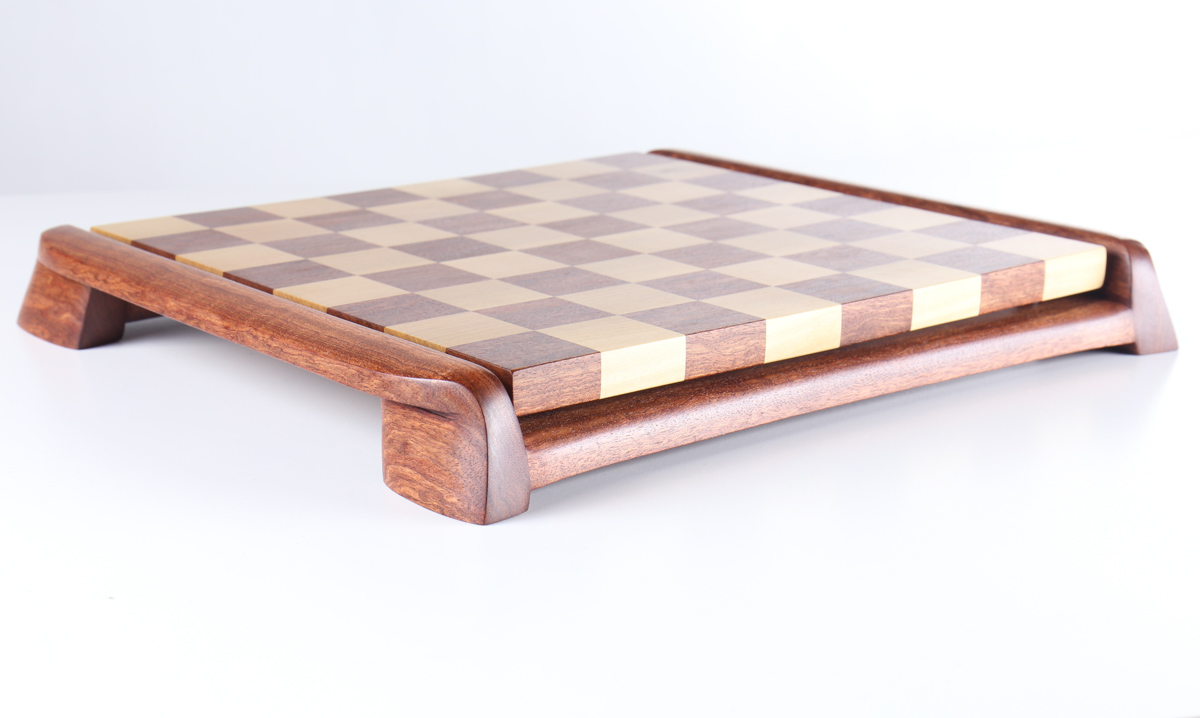