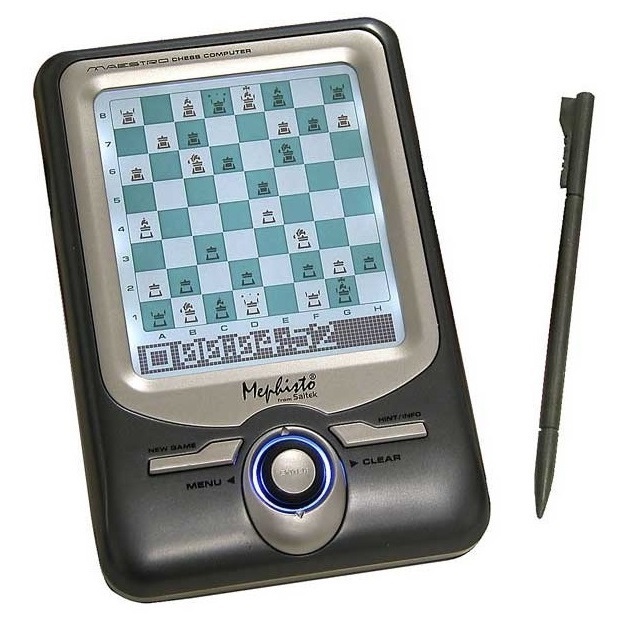 Saitek Mephisto electronic chess computers were some of the most popular dedicated chess computers for many years. Their teaching levels, hints, and even voice feedback were just a few of the interesting features built into these chess playing computers.

From miniature LCD computers, to full size wooden chessboards, the Mephisto chess computer line had a lot to offer players looking for a chess playing partner that would be available to challenge them at any time.

Like Novag and Excalibur brands, the Mephisto computers finally left the market entirely around 2012. Chess computers in general were hard to find until Millennium out of Germany began producing a lineup of electronic chess computers that has experienced rather strong sales in both Europe and USA.

Here are some manuals for Mephisto Chess Computers that were previously sold by Chess House. 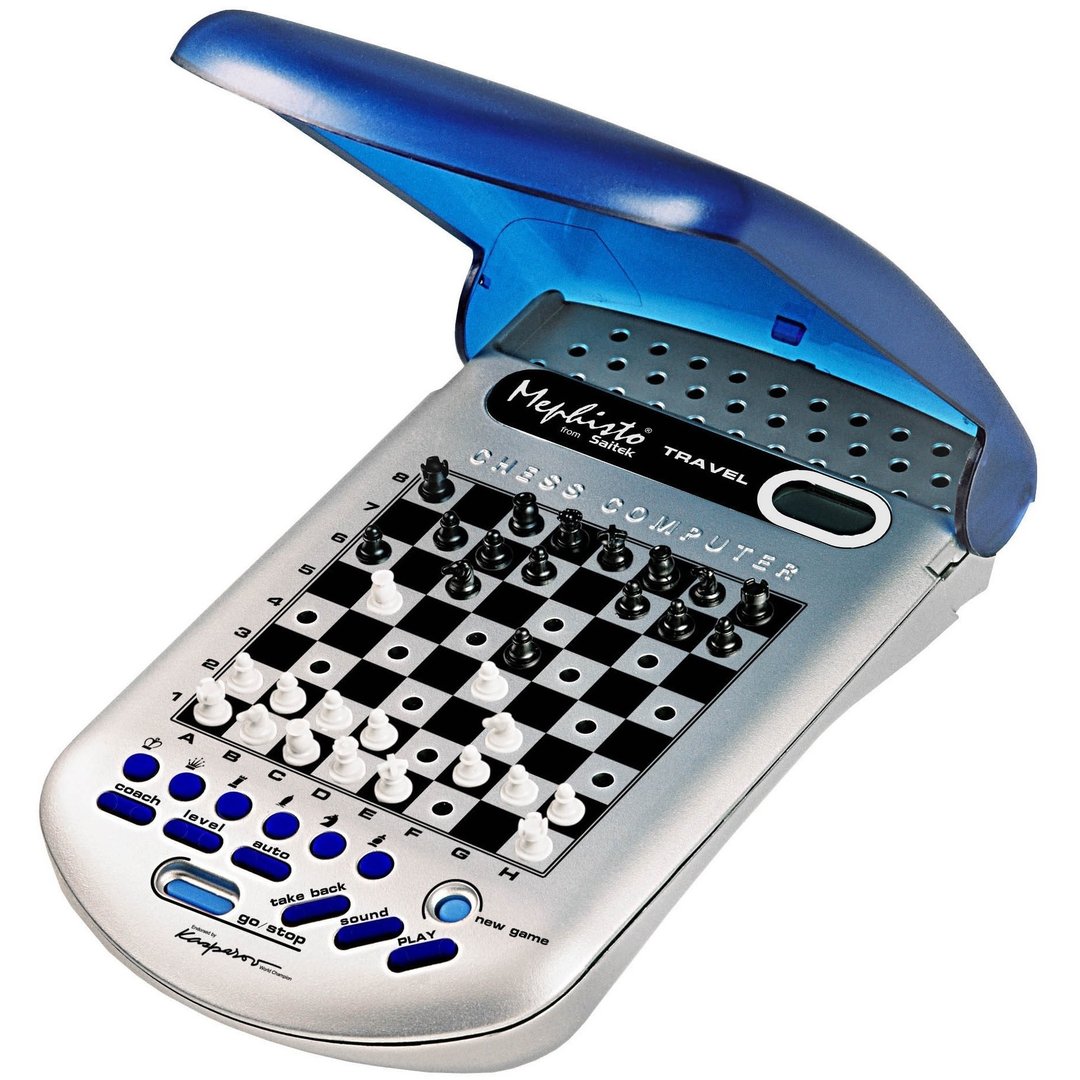 The Saitek Mephisto Electronic Chess Travel Computer was a small, convenient size for travel and allowed the pieces to stay in the play position to allow for interruption. It could play a game that would challenge even high level club players. 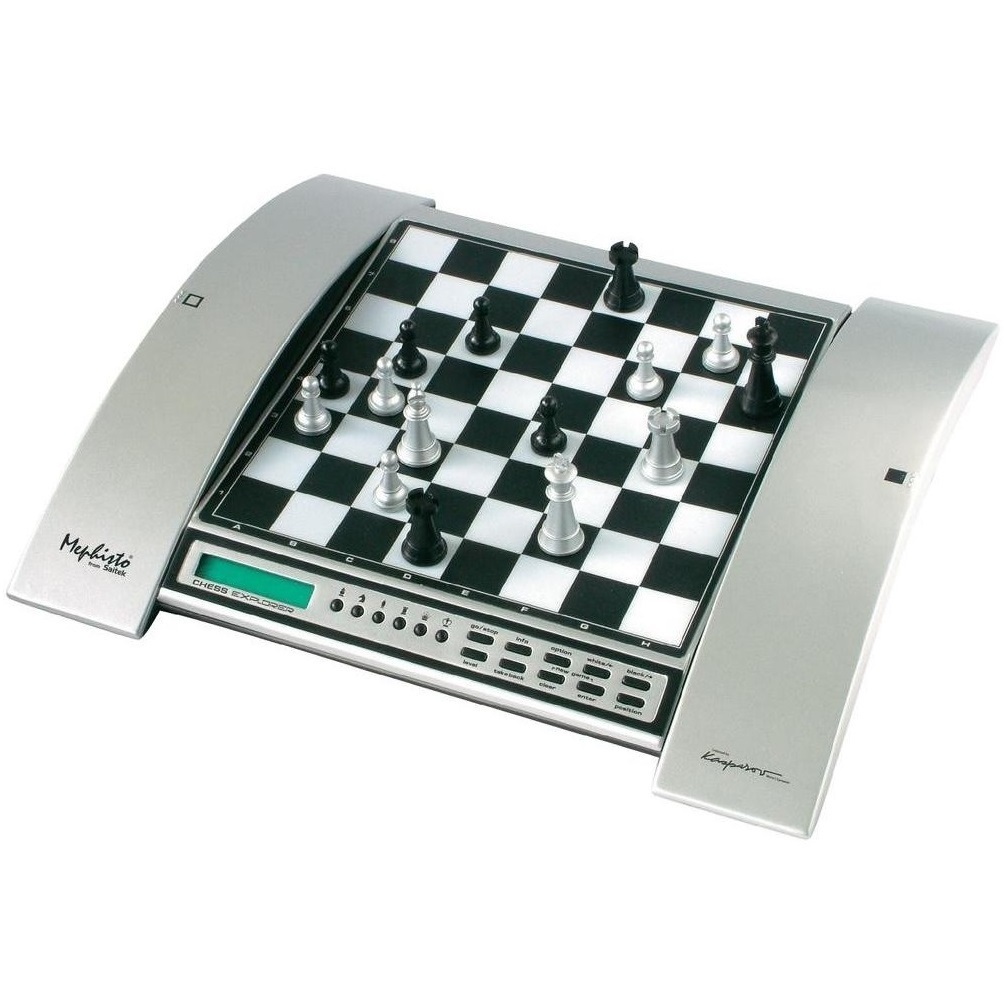 Saitek’s Mephisto Electronic Chess Explorer Computer was one of their newest computer models that played a strong game of chess and came with a solid feature set. The pieces are stored in the side compartments.

These are just a few examples of chess computers in the Mephisto line.