Interview with Thomas of Millennium Chess

by Raphael | Electronic Chess Board | 0 comments 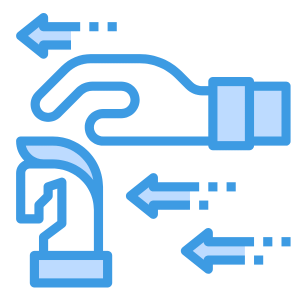 Raphael: Hi, it’s Raphael with Chess House, here to explore the advantages of playing chess against a computer with automatic piece recognition.

Joining me is Thomas of Millennium Chess in Germany.

Millennium Chess has a well-balanced line of chess computers for your home.

Raphael: I would love to jump right in and talk about what is automatic piece recognition, first of all.

Pressure Sensitive Board the Most Common Right Now

Thomas: When you make the moves on the chess board, there are different ways for the machine to recognize what you did. And in the former days, or still today, one very basic technology is the pressure sensory board.

And the best – the high end class is automatic piece recognition. That means that the computer does not only  recognize a piece is moved, it also knows exactly which piece it is.

So that machine can tell you anytime, “that is a white knight”, and “that is a black pawn”, and so on.

And this technology is rarely used because it is very expensive. But it has some huge advantages.

Raphael: It sounds like this is really to help with the convenience, right? But explain more why this is helpful… Why automatic piece recognition?

Thomas: It definitely is a convenience thing because you play 100% natural. You don’t have any presses or anything you need to do with the machine. The machine is just… it’s like magic!

When we developed this board – the working title was actually “magic chess board.” And what the special thing about this – there is a common opinion among users that this is mainly great for entering positions. This is basically true, but this is not the whole story…

If you want to enter a position on a regular chess computer, you need to set your piece and then you need to program the machine. And then tell, for example, on A1 I have a white Rook. And this is not very convenient, actually.

With the automatic piece recognition, you just place your pieces on the board press the button in the settings, set accept, and that’s it, the rest is done by the machine.

This is the most obvious advantage of the piece recognition. But there are some more which we explored.

For me, the most important aspect is that the unit with automatic piece recognition is simply not allowing you to make any mistakes.

Whereas, with chess computers that don’t have piece recognition it happened, for example, that they forget to press the initial square, and then they continue playing. They don’t look at the display, and they don’t know that the computer did not recognize that they did that move, and in the end the game cannot continue because they did not recognize that the computer has a different setup than which is on the board – and then they are highly frustrated.

Raphael: The LEDs are helpful with that as well – for understanding the position and the moves, right?

Thomas: Absolutely right. If you get the move wrong, for example, say you move the knight wrongly – or you make an illegal move, the unit will notice because of piece recognition – and then the LEDs will flash. Then you can take a look at the display and say, “Ah… The knight is on the wrong square…” And you just correct it.

On the unit which does not have this piece recognition – this will not work.

How Piece Recognition Helps When Starting Out

There is another very important aspect which is great for beginners – or even for regular players – what I used with my son, for example, when he started to learn chess.

You usually don’t play with a full set of pieces. You start with the King, and the Pawns, and the Queen, for example.

And this is ultra easy here with the piece recognition..

For example, I give my son the full set of pieces and for myself I give only the pawns, the Queen – and the King.

So automatically I have a much weaker position. Even if he plays much worse than me, we can play on the same level. And of course, you can do the same thing if you play against the machine.

You can set a higher level than you would normally play, and give less pieces to the computer. And this is just 2 or 3 button presses – ultra easy to do. And then you have a chance against the machine.

Even if the level which you set is much above your own. That’s really a great feature. I love that because I know a training position called the pawn game that is set up with just the pawns and the king.

Raphael: So I could set that up on the exclusive and just play the pawn game?

Thomas: RIght. You set the pieces. Then go in the settings menu to the calling menu point. Then you confirm it and that’s it.

It means if you are active in chess teaching… School chess, or something like that is an absolutely killer feature for any type of teachers. Or people who really want to learn actively.

Because you play very much with different positions here. And only if you really play from a starting position. But the learning aspects are never, or at least rarely, from the starting position. This is really a great feature. So the automatic piece recognition is really about convenience and clarity, making sure that it’s clear on the board what the position is.

And also just saving time in setting up a position and playing from there.

There’s a last aspect which will, especially in the future, be much more important. That is, if you connect the board to a third party application, like online play, or for example something like chess explorer, then the piece recognition is extremely important because it helps to avoid any miscommunication between the chess board and the system, and it simply makes sure that you cannot get frustrated from a difference in positions between the different systems.

To do that is really great,. I think that’s a highly underestimated value of these features. But I noticed that whoever tried a unit with piece recognition does not want to go back. (laughing out loud)

Raphael: That’s correct. Pressure sensitive technology of pressing on a square and moving it has definitely improved. But still there’s nothing quite like the piece recognition.

Thomas: I guess one advantage on a pressure sensory board is that you can use any type of chess pieces that you like. That’s right. I love that. Many people have a favorite set of pieces which they want to use.

And it’s also not easy to say I customize my own pieces and add these IC’s because this is a very special production metal with calibration and everything, making sure it can work. So this is really, you could say, a disadvantage of the piece recognition.

However, when we decided on the product, this was one of the major challenges, to get the right RFIT IC’s inside. Which is the technology we are using here. That really took us a long time of experimenting, But the great thing is this technology is very durable, the RFIT IC’s which we use in the Exclusive, have an expected lifetime of over 30 years.

That’s really long if you look at how many Mephisto machines are going today, you see that there is a serious point about this. And the more clear it is, the better it is.

And the piece recognition delivers a 100% clearness.

Raphael: And a non-piece recognition spot do those mistakes.