This young winner is demonstrating initiative. His reward? First place at a Peoria IL middle school team championship and first place in a novice bracket. 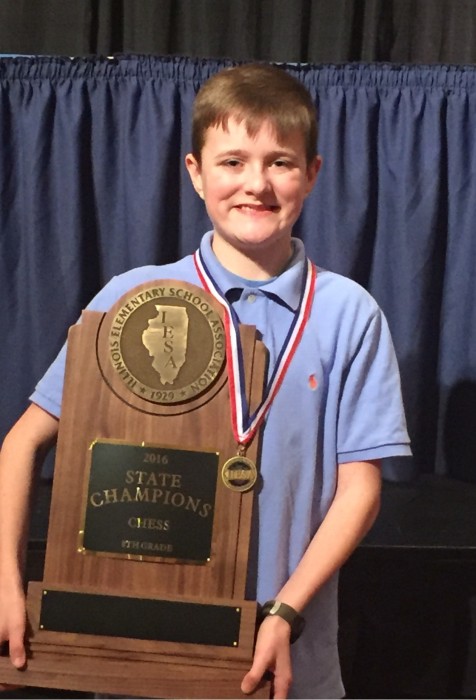 I just spoke with Andrea and her son. She loves the fact that he’s demonstrating how to take up a new pursuit and begin the process of mastery – without the hand-holding that’s sometimes needed with kids today.

Three weeks prior Andrea’s son knew only the basic rules. Then he decided it was time to really give chess his attention and grow his skills rapidly.

He hit the ground running, and in short time, with persistent focus learned alongside friends at the middle school, practiced on the Internet Chess Club, grew his ability to spot winning moves with Chess.com’s tactics trainer, and purchased a chess set, notation journal, chess clock and bag from Chess House.

It was a recipe for success. 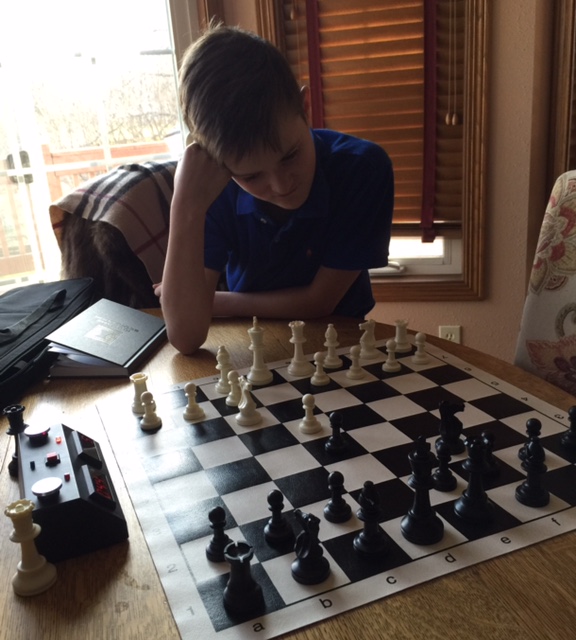 Andrea’s son already excels in math and science, and she feels chess can only benefit his academic interests. Plus, chess is letting him practice and grow some real life skills by both studying the elements of the game and interacting with others during competitions.

Who could ask for a better gaming pursuit? One that DOES NOT rely heavily on more daily media exposure?

Often, merely introducing the game of chess is all it takes. And a young player will beg to continue exploring and unpacking the exciting strategies this timeless game offers.

Andrea’s son is excited about this win, and he plans to keep pursuing the game to a higher level. He’ll be entering high school and is fully aware that the competition will get tougher. But that’s not about to stop him.

Following his win, Andrea shared that “he immediately came home and put together his shopping list from Chess House” and that his “first experience was perfect”.

Congratulations to Andrea’s family for fostering a positive learning environment and encouraging this young winner.